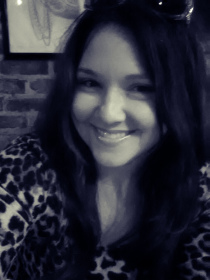 There are two sets available, so they will go to the top two bidders.

DETAILS:Do you believe in the power of dreams?

Way down south on Marigny Street in the heart of New Orleans,  young Evangeline Chenier dreams of a radiant boy who saves her from a storm.

She takes the dream seriously – in her family, dreams are sometimes more than dreams.  Years later, Eva is no longer the same wistful girl but a hardened woman who no longer believes in dreams And then fate brings her an unlikely surprise: one of the most famous movie stars in the world, Gabriel Roberts.

BIO: Born and raised in New Orleans, Annie has a habit of shortening her words and telling long stories. She speaks with a southern flair and cooks with it too. At the tender age of twenty- one, she hitched up her wagons (took her first plane ride) and moved out west to the big shake (California). Her writing career began one sleepless night when she imagined a gorgeous woman and a man with maniacal hair floating above her like lightening bugs falling from the sky. Curious about them, their story, and why they were floating around in her head, she sat down and penned (typed) her first novel, Marigny Street.

I write YA novels, I'm a journalist and I'm having a go at writing a musical.
View all posts by kerendavid →