382: Signed hardback of Phoenix by SF Said, recently nominated for both the Carnegie and the Greenaway

ITEM: Signed and dedicated first edition hardback PHOENIX BY SF SAID, amazingly illustrated by David McKean. This book has just been nominated for both the Greenaway and the Carnegie and will be signed by both SF Said and David McKean, something they’ve hardly ever done before. 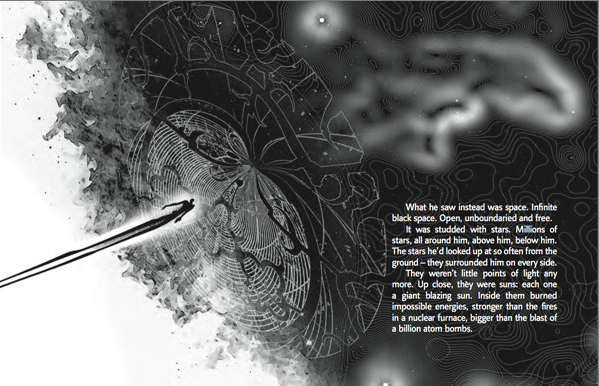 DETAILS: Lucky thinks he’s an ordinary Human boy. But one night, he dreams that the stars are singing – and wakes to find an uncontrollable power rising inside him.

Now he’s on the run, racing through space, searching for answers. In a galaxy at war, where Humans and Aliens are deadly enemies, the only people who can help him are an Alien starship crew – and an Alien warrior girl, with neon needles in her hair.

Together, they must find a way to save the galaxy. For Lucky is not the only one in danger. His destiny and the fate of the universe are connected in the most explosive way…

BIO: SF Said is an award-winning author based in London. His first book, Varjak Paw, won the Nestlé Smarties Book Prize for Children’s Literature; the sequel, The Outlaw Varjak Paw, won the BBC’s Blue Peter Book Of The Year. His third book, Phoenix, has just been nominated for both the Carnegie Medal and the Kate Greenaway Medal. http://www.sfsaid.com